Hanover, December 22, 2016. To mark the beginning of the first stage of the Dakar Rally on January 2, 2017 in Paraguay, South America, the German premium tire manufacturer Continental will be entering into a product partnership with the Russian rally team KAMAZ-Master. The vehicles in the KAMAZ-Master team will be fitted with Continental tires to help them master the challenging desert terrain encountered during this cross-border race. This cooperation will support Continental’s growth strategy in new markets. This product cooperation also serves as a development study as part of Continental’s expansion of its portfolio. The Dakar Rally is one of the world’s most challenging long-distances races. Covering some 9,000 kilometres, the drivers are faced with the difference in altitude at 3,000 metres and must traverse various climatic zones.

“When travelling through the different countries, the vehicles have to overcome wind and other extreme weather conditions, navigating through anything from tarmacked roads and snow-covered mountain ridges to steep dirt roads and many miles of desert. By deploying our tires on the wide variety of challenging terrains and under the most extreme of conditions, we expect to obtain useful information about the performance of our truck tires and gain new insight for further tire development at Continental,” says Daniel Gainza, Director Marketing Truck Tires EMEA at Continental Reifen Deutschland GmbH, as he explains the background of this product cooperation with KAMAZ-Master.

The long-distance Dakar Rally is among the most famous and extreme desert races in the world. The next race will take place from January 2 to January 14, 2017 and includes stages in Paraguay, Bolivia and Argentina. The race starts in Asunción in Paraguay and finishes in Buenos Aires in Argentina. Until 2008, the race was known as the Paris–Dakar Rally and took place in Africa. Since 2009, the Dakar Rally has been held in South America and covers a distance of around 9,000 kilometres. 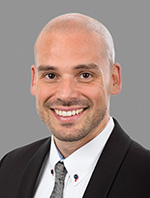 912 tests from 2009 until end of 2019
739 times we have received the highest recommendation.
Popular links
Further Continental websites